New exceptional discovery in Regio V: an intact thermopile (a diner of the time) comes to light, with rich decorations of still lifes, findings of food remains, bones of animals, and victims of the eruption. The director of the archaeological park Osanna describes the discovery. 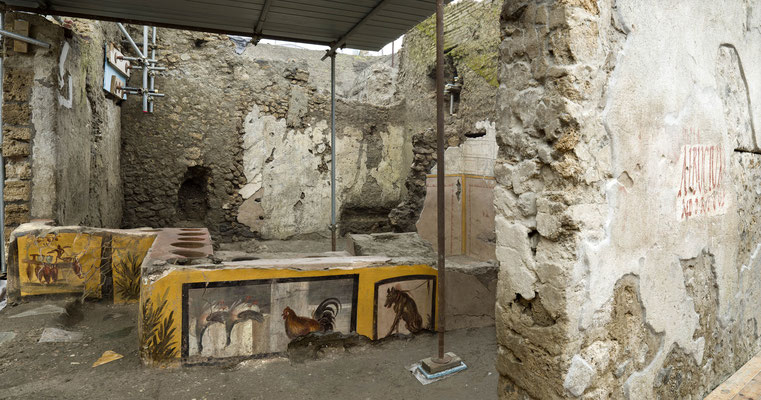 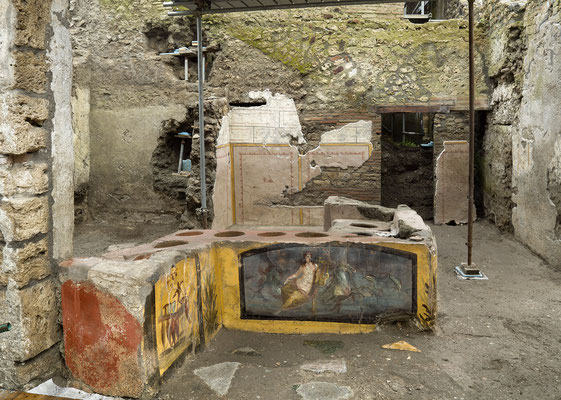 Photos by Luigi Spina and dpa

A Nereid on the back of a sea horse clearly visible in the decoration of the diner counter attracted the attention of potential customers who in the small square of Pompeii, enjoyed the coolness of a fountain: there you could find drinks and hot food for lunch away from home without problems. In Pompeii these hot tables, very similar to our street food, which the Romans called with the Greek term thermopoli (thermopolium), were very widespread - there are about eighty - but it is certain that the one discovered in Regio V, and announced on December 26, 2020, by Massimo Osanna, interim director-general of the Pompeii archaeological park, is particularly important: “An exceptional discovery”. 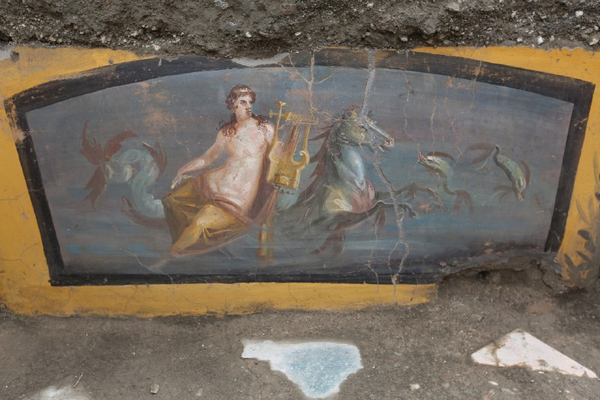 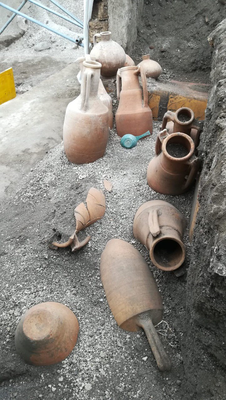 The decorations on the counter depict on one side a beautiful figure of Nereid on a horse in a marine environment and the other the illustration, most likely, of the activity that took place in the shop, almost like a commercial sign. The discovery of amphorae placed in front of the counter, at the time of excavation, in fact exactly reflected the painted image. Thermopolis, where hot drinks and food were served, as the name of Greek origin, indicates, preserved in large dolia (jars) embedded in the masonry counter, were very common in the Roman world, where it was customary to consume prandium (the meal) away from home. See more

Rooster on a stick or lamb to take away instead of burgers and fries - fast food was apparently also eaten in the ancient city of Pompeii. In clay pots, the archaeologists also discovered duck bones and remains of pigs, goats, fish, and snails that may have been cooked together. The findings are said to provide information on eating habits in Pompeii at the time of the catastrophe in AD 79.

"The analysis options are extraordinary because the entire area was excavated for the first time," said the head of the excavations in Pompeii, Massimo Osanna. "The place seems to have closed hastily and has been abandoned by its owners," said Osanna.