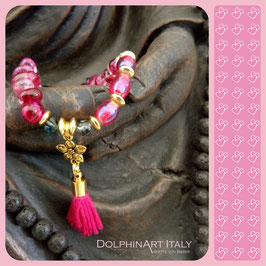 Nothing is more spiritual than the Lotus. The Lotus flower is regarded in many different cultures, especially in eastern religions, as a symbol of purity, enlightenment, self-regeneration and rebirth. A prominent figure in Buddhist and Egyptian culture, and native flower for both India and Vietnam, the lotus holds enormous symbolic weight. It spans various thousand-year-old Eastern cultures and yet, is still considered one of the most sacred flowers today… The tassel is considered the symbol of a thousand lotus petals and I loved to combine it with multicolor crystal chips, a semiprecious stone, in a stretchable bracelet.

Crystal: In science, a crystal is a solid substance in which the atoms, molecules, or ions are arranged in an orderly repeating pattern extending in all three spatial dimensions. The word crystal is a loan from the ancient Greek word (krustallos), which had the same meaning, but according to the ancient understanding of crystal. At root it means anything congealed by freezing, such as ice. The word once referred particularly to quartz, or "rock crystal". Crystals are used for healing, meditation, energy work, storing information, protection, grounding, and channeling. 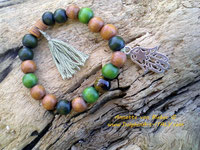 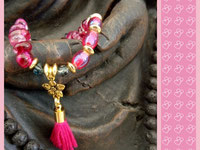 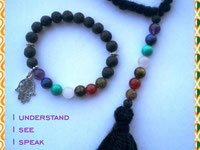 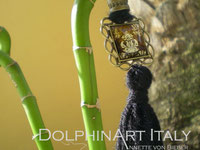