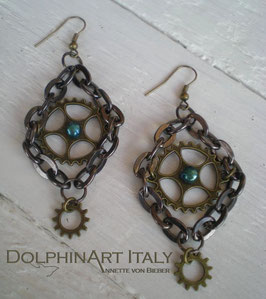 Steampunk, the future of the past… is a powerful trend. It is historical fiction that isn’t bound by history. At heart, steampunk is science fiction. Science fiction literature, film, television, and other media have become popular and influential over much of the world. Besides providing entertainment, it is often said to inspire a "sense of wonder". Innovation and science were trademarks of the Victorian age, and it’s only right for us to look at that and think, “What if...?” The technological twists lead to constant surprises.

Steampunk is a mood and a level of technology, not simply a specific place and time and ultimately, it is about hope and encouragement. Science and innovation might just save the world. Steampunk is a sub-genre of science fiction that typically features steam-powered machinery, especially in a setting inspired by industrialized Western civilization during the 19th century. Steampunk works are often set in an alternative history of the 19th century's British Victorian era or American "Wild West", in a post-apocalyptic future during which steam power has regained mainstream use, or in a fantasy world that similarly employs steam power.

There’s magic from epic fantasy… in these timeless romantic Earrings with 2 gorgeous Freshwater Pearls, gear wheels, and chains, created by me with love. Natural pearls in a sea of possibilities, twins.

Pearl is a protection and stress-relieving stone; a symbol of feminine wisdom and purity. By bringing the gentle healing power of the sea, Pearl stimulates our intuition, imagination, sensitivity, and adaptability. It helps our emotions become more harmonious and balanced. 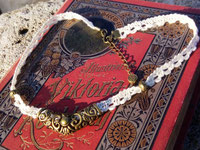 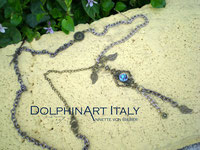 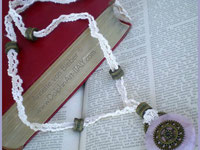 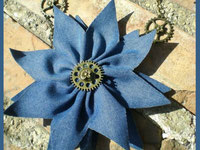 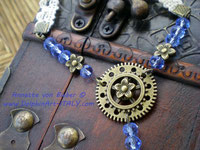 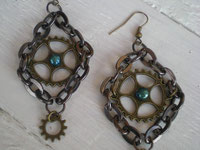 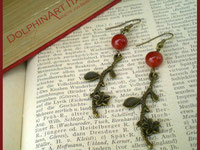 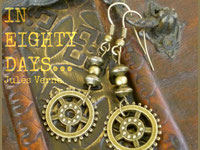 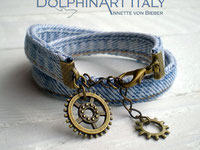