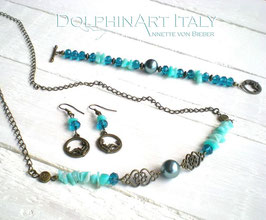 Mermaids: Depictions of entities with the tails of fish, but upper bodies of human beings appear in Mesopotamian artwork from the Old Babylonian Period onwards. These figures are usually mermen, but mermaids do occasionally appear. The name for the mermaid figure may have been kuliltu, meaning "fish-woman". Such figures were used in Neo-Assyrian art as protective figures and were shown in both monumental sculpture and in small, protective figurines. The first known mermaid stories appeared in Assyria c. 1000 BC with the goddess Atargatis, mother of Assyrian queen Semiramis. The Greeks recognized Atargatis under the name Derketo. Sometime before 546 BC, Milesian philosopher Anaximander postulated that mankind had sprung from an aquatic animal species. He thought that humans, who begin life with prolonged infancy, could not have survived otherwise… The One Thousand and One Nights collection includes several tales featuring "sea people", such as "Jullanâr the Sea-born and Her Son King Badr Bâsim of Persia". Unlike depictions of mermaids in other mythologies, these are anatomically identical to land-bound humans, differing only in their ability to breathe and live underwater.  The best-known example of mermaids in literature is probably Hans Christian Andersen's fairy tale, "The Little Mermaid", first published in 1837.

Be a MERMAID and make waves... with this lovely MERMAID Set.

The Set consists of a necklace, bracelet and earrings. The Ring is not inclusive and to be ordered separately.

Bracelet for the Beauty of the sea with a Mother of Pearl bead 12 mm; original Bohemian Glass beads; Peruvian Amazonite chips; different antique metal beads and the precious little Mermaid as toggle closure.

Pearl is a protection and stress relieving stone; a symbol of feminine wisdom and purity. By bringing the gentle healing power of the sea, Mother of Pearl stimulates our intuition, imagination, sensitivity and adaptability. It helps our emotions become more harmonious and balanced.

Amazonite is found in only a few locations around the world and is also known as the 'The Amazon Stone'. It is believed to have many metaphysical powers. Amazonite stones are also thought to have tremendous healing abilities. Amazonite carries a strong energy that is able to stimulate the better emotions and personality traits. It is said to balance masculine and feminine energy, and strengthen physical power and stamina. Amazonite is able to soothe all chakras, it can enhance communications concerning love in one's life. In addition, Amazonite stimulates artistic ability, creativity and the powers of clairvoyance in its wearer. Amazonite is an appropriate stone for Aquarians, promoting vitality for all those who wear it. Stones with deeper colors are considered more intense, and therefore, more effective in healing. Healers, shamans and medicine men from many cultures have been healing with gemstones for many centuries… 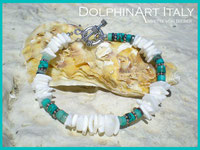 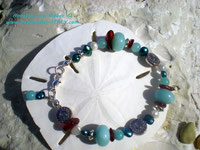 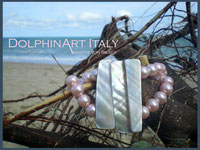 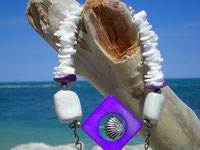 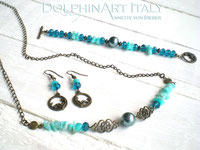 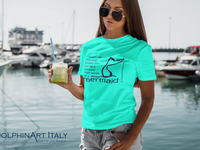